The Operational Improvement Programme was a multi-year initiative designed to deliver a revised global workforce location strategy, and to deploy operational excellence (OpEx) working practices that would result in cost efficiencies throughout this US-headquartered financial services corporation.

I was part of a UK-based programme team focused on implementing the required changes into operations across Western Europe – Germany, Switzerland, The Netherlands, Sweden, Finland, Denmark, Spain and Ireland.

The senior management team within each in-country operation had developed a business case which quantified the costs and benefits of realising the strategy across their business – typically illustrating the impact on operating costs, including headcount – and local project teams were then tasked with delivering the required changes, to the agreed targets.

Delivery progress was to be monitored and reported on a monthly basis and communicated to the US-based Executive to facilitate ongoing decision-making, including any course-corrections required to achieve the aims of the overall global strategy. I was asked to develop efficient and effective programme financial management processes and supporting tools that would:

When I joined the programme, a significant amount of manual effort was being spent by offshore resources based in India to collate data and re-key into the PlanView PPM tool in use across the global programme.

There were different outputs from the various HR and finance systems used by each in-country operation, complicated by a key requirement for accurate currency conversion – as global reporting was required in US Dollars.

By interviewing a cross-section of those involved in the programme, I gained sufficient understanding of the business problem I needed to solve. I also built relationships with the UK-based HR and finance teams to better understand what might be possible for the various in-country teams they had regular contact with as part of their business-as-usual (BAU) operations.

As-is process maps were produced and supporting materials validated, and from this information I could begin to identify opportunities to streamline processes and improve accuracy.

During my investigations I discovered that financial data from each country was collated into a central ORACLE-based system on a monthly basis, a BAU processed managed by the financial team in the UK.  This made it much easier to investigate the details of how the currency conversions were being managed along with the cost categorisations being applied – although it then became clear that programme-related costs were not always being coded correctly by the in-country finance teams, and that the monthly data feeds into ORACLE were not all received at the same time or in the same formats. It also became clear that the programme cost categorisations that had been set up on the PlanView PPM tool were not consistent with those used by either the UK or in-country finance teams – meaning that subjective decisions were being made as to where to attribute costs by each individual inputting the data alongside the risk presented by keying errors.

As with the financial BAU processes, the HR team in the UK were also collating data into a central system (TIBCO SpotFire) on a monthly basis. Countries were again using disparate systems and providing their data feeds at different times, but this was compounded by being aligned with payroll timelines and not month end.  Quantifying any headcount-related costs very much depended on the contractual arrangements of the individuals impacted by the programme, but the HR team was much more reluctant to engage around making the information available to the programme. We eventually determined a way to anonymise the HR data by using employee IDs – however this would require consistent application and therefore buy-in from each of the in-country HR teams.

Four significant challenges to the proposed approach had now emerged:

The cost of full automation directly between ORACLE, SpotFire and PlanView PPM was prohibitive, but previous experience meant I could explain to the PlanView PPM tool administrator that semi-automation via data import using Excel WAS possible, as long as the export of data from ORACLE and SpotFire in the required format could be agreed and that the field mapping was correct and consistent.

The UK finance and HR teams agreed to provide the data exports, but the cooperation of the in-country project managers was needed to get the local teams on board. First I had to help them to understand why using the correct cost categorisations and employee IDs were so important – and then to reinforce that importance to the local finance and HR teams in tandem with their BAU contacts on an ongoing basis.

To achieve this I designed comprehensive communication and training which involved:

The offshore resources that had previously been responsible for manually re-keying the data into the PlanView PPM tool were instead asked to populate the Excel workbooks for re-issue to the in-country project managers with the reported actuals, to enable a direct comparison with their forecasts. Eventually this part of the process was also semi-automated.

I also held review calls with each in-country project manager to make sure they understood how their forecasts related to the actuals reported, and what adjustments needed to be made. Over time their local finance and HR contacts joined these calls as they recognised the value in having a collaborative conversation.

I took responsibility for overseeing the end-to-end process for the first quarter, carrying out a series of defined validation checks to ensure the data upload into the PlanView PPM tool was successful. Adjustments were made where required, and the to-be process documented for roll-out to the rest of the global programme plus handover for ongoing management by the offshore team.

You can book your free 30 minute discovery call now by clicking the button - or if you prefer, you can send us a message via the Contact page and we'll be in touch.
Book Here
Share this post
Share on LinkedInShare on LinkedIn TweetShare on Twitter
Case Studies 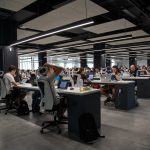